If you've just taken possession of a house that may have been in your family for generations, it may be badly in need of an upgrade. It might have been occupied by an elderly relative for decades, but little work has been done to bring it up to date during this time. In this case, you need to focus on safety first and start with the electrical installation. In particular, you will need to act without any delay if you find some ceramic fuses in your switchboard, but why the urgency?

Many years ago, a home like this would have been protected by rudimentary ceramic fuses. These were essentially based on fuse wire that was looped around a pair of screws and that would provide a 'sensitive' connection when the power was switched on. If there was an overload somewhere, then the fuse wire would be the first to give, and it would break in order to shut off the circuit. However, there was no guarantee that they would work in every situation and, therefore, there was a risk that an individual could receive an electric shock from a dodgy appliance. Furthermore, there was no guarantee that these rewireable fuses would contain any significant overload, and this would increase the risk of fire throughout the property.

Times have moved on since those ceramic fuses were de rigueur. They would have been replaced by circuit breakers that were self-contained and that would plug into the base, but they would still only offer limited protection. It took some time until circuit breakers were hardwired into the board and still more time until the more efficient RCD switches arrived. These residual current devices offered far more protection, and they would instantaneously trip at the first sign of a problem. Consequently, the risk of electric shock would be considerably reduced, but the early devices would cut off power to the entire property.

Today, you need protection from combination breakers and switches known as RCBOs. These are highly specific and will isolate a single circuit should a problem arise. Further, they use technology that can identify nonhazardous issues and will only operate when the threat is real.

Bring in a qualified electrician as soon as you can for switchboard upgrades. Once they have installed the latest technology, they will give you a certificate to prove compliance with current standards. 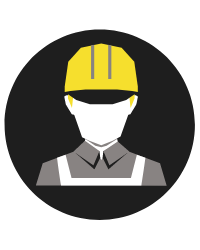 Professional electrical contractors can help you to maintain your home. This blog will set out to look at the range of different jobs an electrician can do around your home to help keep the lights on and your appliances working. We will post articles which will help you to understand your fuse box, diagnose common electrical faults, and deal with electrical emergencies such as power outages. We aren't pros ourselves but we have immense respect for trained electricians and we want to do everything we can to learn from them. Read on to find out everything you need to know about electrical services.

Industrial Automation: 3 Issues an Electrician Can Help You With
25 October 2022
Automation is vital in industrial and commercial settings. It helps improve quality and consistency while reducing costs. However, the automated compo …

Cut to the Chase: Installing Channels to Add Electrical Power
6 April 2022
If you're renovating a home and maybe adding some rooms to help with your growing family, you'll probably be looking at your electrical installation. …